The Indian people – as enthusiastic systematists – assign different qualities to the Kundalini. In the internet or in books we find only little about that; mainly it is just called "Kundalini". In such a simplification, "Kundalini" can only be understood as a collective term for a lot of different energy types and their appearance. 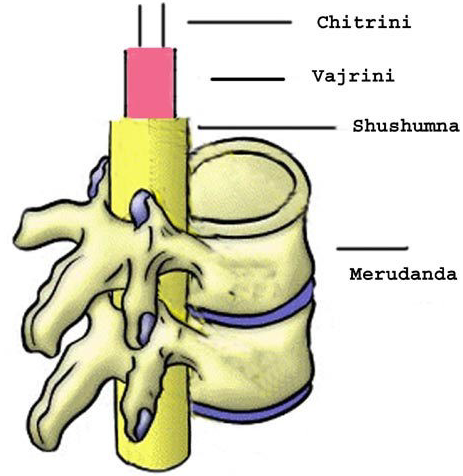 Indian classification of different energy channels within the spine. The inner layers are subtler channels for subtler energies.

According to Indian yoga, Kundalini in its amount is strongly linked to the breath. It is said that a basical energy – from which Kundalini raises later through an inner process – is taken in through the breath (= prana). This prana, the primary energy, is transformed into different types of energy in the human being. Those are the five pranavayus: prana, apana, samana, udana and vyana. Through an inner transformation process, the etheric energy which is called Kundalini is generated from the pranavayus.

On the subtle plane to which Kundalini belongs, the difference between energy and substance seems to become indistinct. That is the reason for the imprecision in language which becomes evident when using the terms "energy" and "subtle". In Europe, a classification of energies/ substances has become established which does not so much refer to the quality but to the density. This concerns ectoplasm, which is a substance inherent in the human being and which presumably can be assigned to the phenomena around Kundalini – a point of view which can primarily be found in parapsychology and spiritism.

Ectoplasm (bioplasm) is the densest manifestation of inner energies. It can leak out of various body orifices (mouth, nose, ears, breasts, vagina) and then it flows slowly (with a honey-like consistency) downwards (it obeys the rules of gravity). At the edges it vaporizes, which looks like liquid nitrogen. 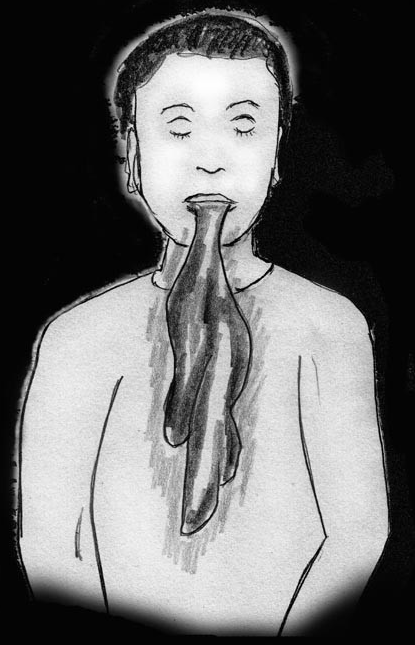 Ectoplasm spilling from the mouth

In Indian yoga, ectoplasm is scarcely mentioned. But in contrast, a higher form (higher vibe) of ectoplasma is often mentioned, called amrita. Amrita is glowing in a golden colour, more liquid than ectoplasm and it does not vaporize at the surface. It is the substance from which deities can form a body to become manifest in a denser form, a substance which can heal and work wonders. Amrita accumulated in the body is a sign of a perfected Kundalini yoga (for more information about Amrita and ectoplasm, see "Ectoplasm and Amrita"). 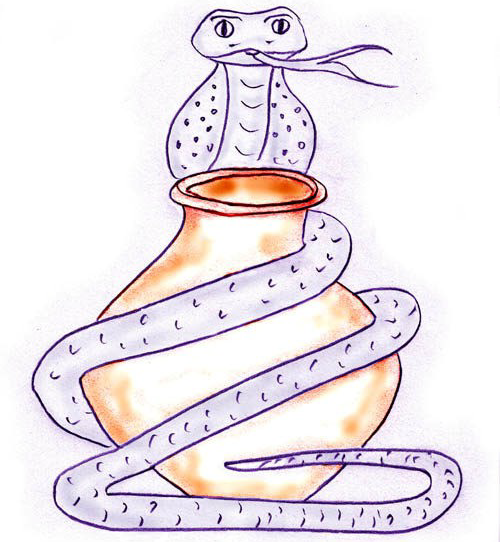 Kundalini and the "treasure", the liquid gold, amrita

In Indian mythology it is said that when the world was created, four drops of amrita fell to the earth. At those places where the drops fell we find the most sacred sites of India, those four pilgrimage sites where the greatest Indian festival, the Kumbh Mela, takes place. At Kumbh Mela, millions of pilgrims are gathering to bath in the river Gangesm which waters are said to be especially cleansing during this time. Those four pilgrimage sites are: Allahabad, Haridwar, Nashik and Ujjain.