Everyone who is familiar with this subject automatically may wonder why there has to be another article about a topic on which already thousands of books and countless internet articles have been written. And naturally, one may think that this is a typical yoga topic with that many people want to pretend themselves to be knowing and experienced. There are no objections to these arguments.

When you type "Kundalini" in google, you’ll find more than 11 million articles. What an amount of texts and product offerings! In this light it seems totally unnecessary to add more "knowledge", and that’s not the intention of this e-book. But what is needed is a natural approach in order to help us to distinguish between those many truths and untruths which can be found in the internet. This is what this article tries to do. In order to follow our intuition and reason, we need a simplification! 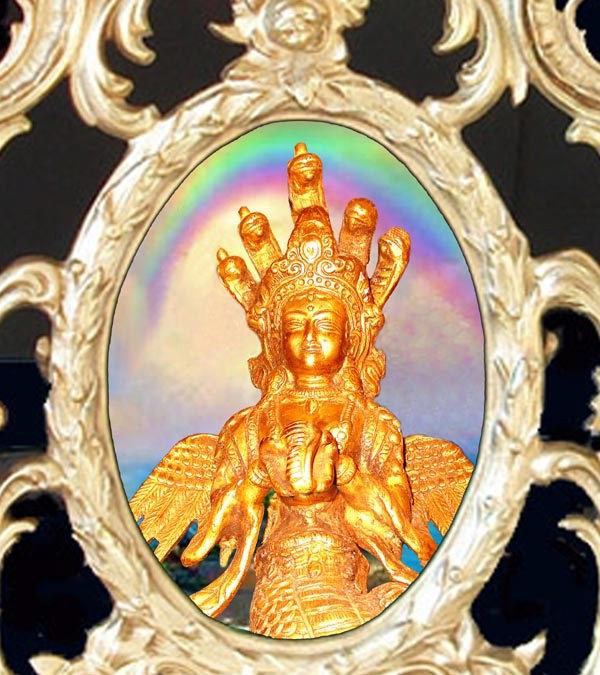 Some general views on Kundalini in Tantra Yoga: Kundalini exists in every human being as a vital force. Its activity varies. If it becomes active, then, according to Tantra Yoga, it awakens – depending on the chakra through which it is activated – different abilities. Here it is advisable to obtain abilities which give us deeper insights into the nature of the human being. This is the objective of all of the various Tantra Yoga practices in all its variations like Kundalini Yoga, Kriya Yoga etc. After Tantra Yoga, Kundalini itself is not mysterious, but its awakening and the development of special abilities, to which Kundalini opens access, is very well mysterious.

When looking critically at conservative, "informal" texts, it seems that nobody knows what Kundalini is exactly. At least one has the impression of it, because behind many technical terms – which pretend deep knowledge – not the simplest explanations can be found, like: what is Kundalini? Where does it originate? Why is it sometimes stronger and sometimes weaker? The principal questions about the nature of Kundalini, e. g. how the inner alchemy of transformation of physical into subtle powers takes place, are not answered in those texts – out of a lack of knowledge, because concerning this matter there are many knowledge gaps and very few insights. Such a question is not only "theoretical and unimportant". If we could answer this question, we’d know why some have more and some less Kundalini power, and what would be needed to handle or strengthen it. But nevertheless we should be tolerant when looking at these knowledge gaps. Regarding Kundalini, not only yoga but also many traditions of other peoples of the world possess a good practical knowledge which has been collected over millennia. However, the interpretation of the underlying processes is quite insufficient. But this applies to many acquirements of mankind. As an example, we can take the fact that our anthropoid ancestors were able to throw stones accurately already two or three million years ago, but until we could calculate an object’s trajectory it took a long time. From an evolutionary point of view, we have learnt that just in the last second.

Some explanations about the term "active Kundalini": this term is used especially when – due to different symptoms – Kundalini seems to be active. Most symptoms are an effect of movement and flowing and not so much an effect of power (amount of energy). It is assumed that a strong Kundalini will spring into action automatically. But this does not always have to be the case. Regarding the amount of energy, it may be that there is not much Kundalini power, but this little amount can be in a state of great arousal – just like our nerves can get agitated by a strong coffee. A Kundalini agitated or aroused like this is not desirable. It can happen because of excessive sex, stress or incorrectly performed exercises.

Thanks to the internet, conversation and information exchange have become more intensive than they ever were in any time or country. Due to that, facts scarcely observed until recently are revealed. One observation in the recent past is that predisposition to a strong Kundalini power can be inherited. As a result, there are many people in the world which have similar experiences like they are known from Indian yoga. Thus, a broader and more diverse knowledge about Kundalini begins to spread. Maybe this will lead to a new wave of insights in this subject in our present time.

From my circle of acquaintances:

"My mother has a mediumistic disposition and comes from a kin of Bektashi. The Bektashi are an islamic religious community which focuses on mysticism and magical practices. They mainly worship saints and pray to them for help and support.

My father, on the contrary, believes in nothing. But his mother came from a lineage from which many hodjas – islamic mullahs – were derived. My father had two maternal uncles and both were Hodjas."

Regarding a spiritual evolution it can be stated that a good disposition is pleasant, but it should not be overestimated. A person can have very much and make nothing of it, and a person can make a lot – and even a whole lot – out of little. Here, the inner force of the person reveals itself. It is not decisive what we inherit, but it is decisive what we make out of our lives! 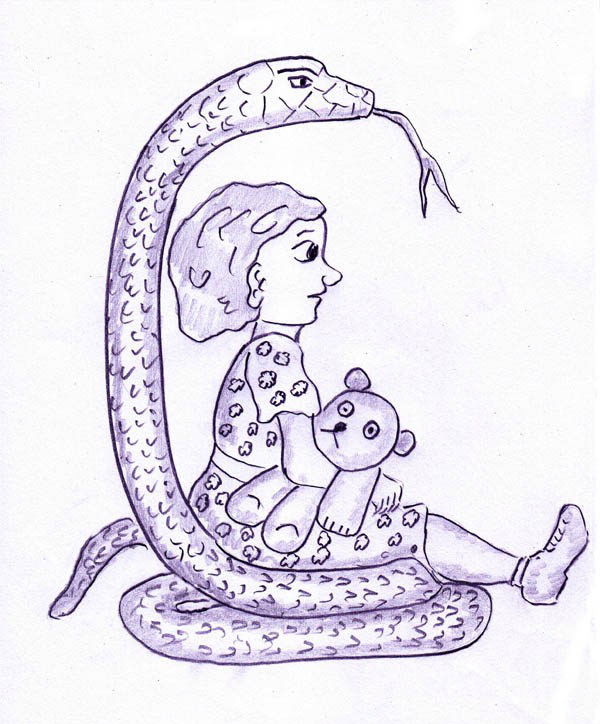 "My Kundalini comes from my mum."