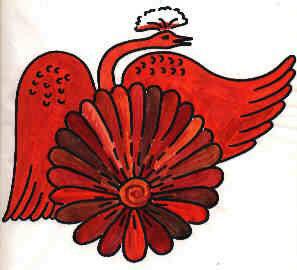 Kundalini can be active in different chakras. The main chakras – which I am talking about here – are located at different heights of the spinal column. Depending on the height of the chakra, Kundalini behaves differently and different powers are developed in human. These different regions will be dealt with in the following chapter.

One does not have to be a clairvoyant to perceive in what chakra Kundalini is active at the moment. We are able to sense it in our own body, if we listen carefully. Often we’ll have dreams in which the activity of Kundalini is communicated to us. Kundalini is sometimes more active in sleep than in everyday life – because we are in a relaxed state then, which is mostly not the case during day.

To give some hints and to encourage to observe our dreams more regarding Kundalini activity, I will give some main symbols here: 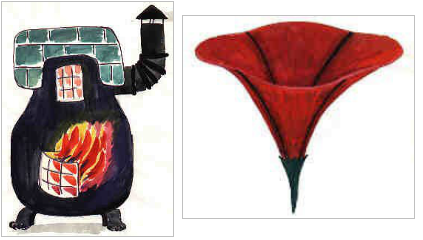 Here, Kundalini manifests itself in sensations of heat or pressure – mainly this occurs in our body during the day and the symptoms last for hours or days. 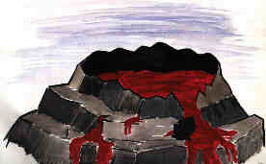 The powers which are developed here are already in the intermediate stage to subtle materiality in its densest forms – fluidal or ether. If the person is very mediumistic, ectoplasm can be developed and causes mediumistic manifestations (e. g. paranormal occurrences in the physical).

In addition, in this stage of Kundalini OBEs (out-of-body-experiences) occur. The substance from which the etheric or fluidal body forms is developed by the Kundalini in the corresponding chakras.

Loosening of the etheric body, its subtle substance developed by an active Kundalini

From this point on, Kundalini-Shakti manifests herself as a higher spiritual intelligence, as which she guides the Kundalini forces inside of the yogi/ yogini. In cooperation with a tutelary deity or with guides, the Kundalini energies are cleaned and raised. The body is healed, lighted and comes into a higher vibe. 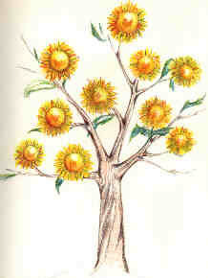 Dream image which hints to energies in the Anahata Chakra

Disorders in the Anahata region:

A Kundalini blockage in the thoracic region and lacking supply of "fresh" lightful energy can lead to depressions in people which are on a mystical way and in the stage of Anahata Chakra development. This becomes apparent when a yogi oscilates between deep love and depressions. These states alternate in short intervals within a few days. Unfortunately, mystics cannot keep a high state of love in the beginning, but are subjected to a change of high and low. Through receptors and second messengers the brain tries to maintain a balance. Due to the reaction retardation, a wavelike changing of states occurs. It is not easy to come out of a state of depression. Heat exercises for the thoracic region can help here, for example the exercise "breath of fire". It is imagined that, when exhaling, hot energy is sent into the chest. While exhaling, the palate is slightly pressed (which gives a slight resistance).

Side effects in mysticism:

With increasing all-love in mysticism, the following symptoms occur when stimulating the Anahata region – in ascending order: 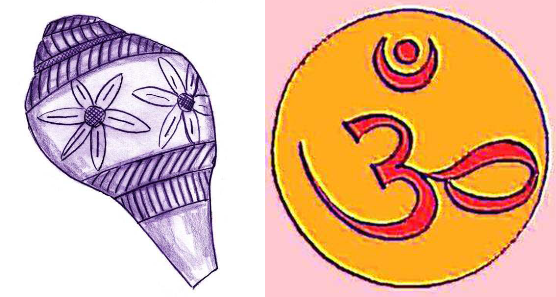