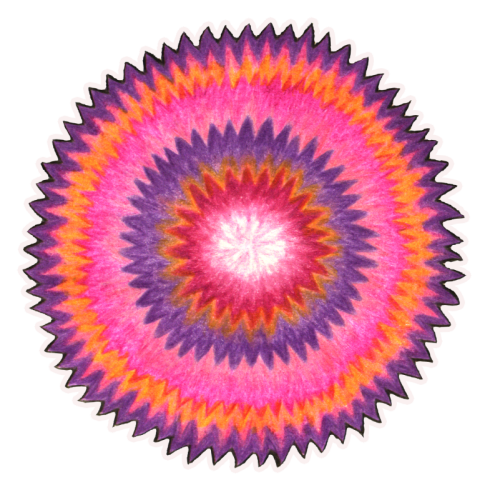 According to Leadbeater, the Sahasrara Chakra or Crown Chakra exceeds all the other chakras in luminousness and colourfulness, rotating at incredibly high velocity. Although it seems to contain all spectral colours, a violet tinge dominates (in the modern theory, the Sahasrara Chakra is mostly depicted in purple). In traditional Indian writings it is described as the thousand-petaled chakra, after Leadbeater it has 960 petals/ spokes. In Leadbeater’s book "The Chakras" you can see a detailed depiction of the Crown Chakra with every single of the 960 spokes.

It is usually the last chakra to be awakened. Firstly being of the same size as the other chakras and being a saucer-like depression in the etheric body, with proceeding spiritual development of the human it continually grows in size until it occupies nearly the whole skullcap. What is special about this chakra is that, at the beginning, it absorbs energies from the outside like all the others, but when the Sahasrara Chakra has been developed to its true nature and quality, it will "turn inside out". This means, it then is no longer a depression in the etheric body, but an elevation, and instead of absorbing energy it radiates energy, dispensing largesse to everything and everyone around the spiritually developed human. It is then bulging like a dome over the head similar to a glorious crown. The radiation of a fully developed Sahasrara Chakra is described and observed as a halo around the head (cf. C. W. Leadbeater: The Chakras. The Alchemists Furnace, 2006, pp. 22-23).

Location of the Sahasrara Chakra

"Chakra made of thousands of shards" (Corra)

"I was out of body in an astral state. As I looked at my altar and felt a deep, moving feeling of trust and love, my Crown Chakra got energized. The energisation increased up to a certain point of culmination, then the energy wandered down my spine. From that point on, I was back in my etheric body, lying in bed, and the energy rushed down and up my spine with intense vibrations. It was so intensive I nearly screamed, but it was a very good feeling nevertheless, nothing negative about it, just so intensive. And suddendly I began to see colours in front of my inner eye – I could see a kind of liquid rainbow at the height of my shoulders; wonderful, vivid and luminous colours, that merged into each other, pulsating and rotating. I think I was seeing my spine, where high and luminous energy ran through all the time.

At some point when the energetic activity increased to maximum intensity again, I was returning to the physical body very abruptly, but still everything inside was throbbing and pulsating intensely. Then I saw something different in front of me: I no longer saw the liquid rainbow, but now there was a huge, slowly rotating vortex in front of my inner eye, containing thousands upon thousands of small pieces that were shining white, similar to shimmering shards. This vortex was so huge it filled my whole field of vision, and as I was watching it, it changed into a more tunnel-like appearance, but still rotating. I tried to enter it but it didn’t work, maybe I was already too ‘physical’, although it seemed in this image that I was flying through this tunnel. The tunnel slowly faded and everything disappeared, but for the rest of the night I was filled with deep feelings of happiness. I am sure I have seen my energized Crown Chakra. It seemed that I was looking at my Crown Chakra from above, and when it changed into a tunnel, it maybe was the Sushumna through which I returned downwards to the physical. I can’t be totally sure about that, but it would make sense." 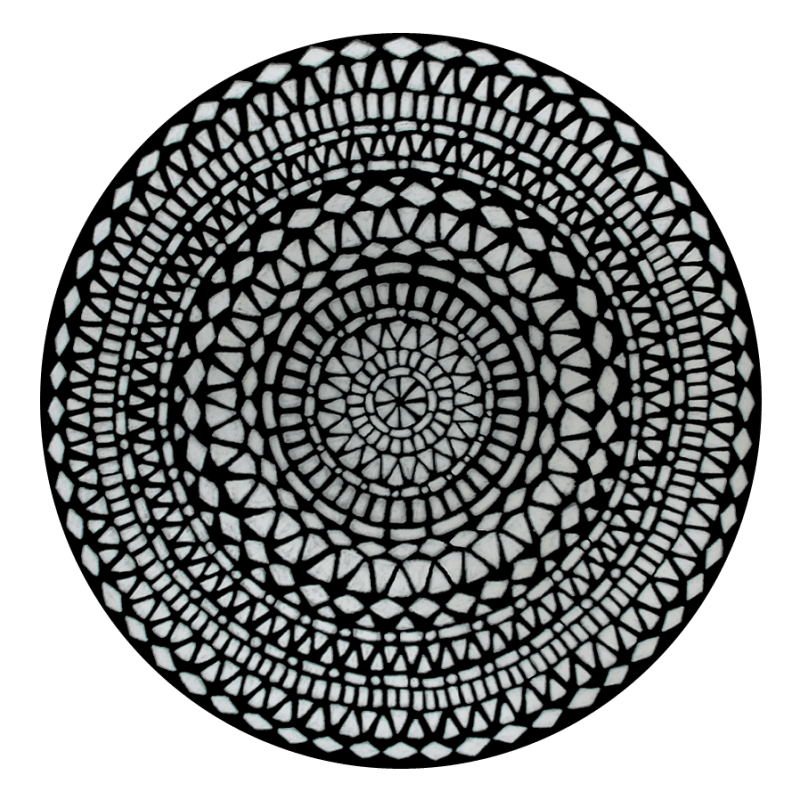