After C.W. Leadbeater and A. Besant thought forms are understood as structures which take form in the human aura. They are formed when the person builds plastic (formable) and emotional images – i.e. object images; or when the person is emotionally aroused – i.e. auric turbulences, which can leave the closer range of the aura. Furthermore, Leadbeater‘s descriptions include collective forms which can take form, for example, at a concert.

Auric images occur spontaneously when thoughts are focused on a certain object. 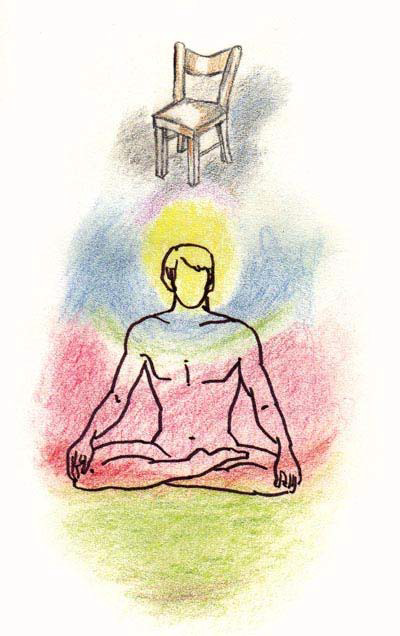 Observations of a friend:

Often I had interesting perceptions which I want to demonstrate by an example; in all cases there were similar conditions, namely the time of exercise at the beginning of the yoga lessons – or at the end – at the silence exercises, when there was only little light in the room. This also applies to the following example: I was sitting in a corner of the room and all the chelas were within my field of vision. During the exercise I opened my eyes more or less unintentionally. Then I was astonished that in front of one of the girls there was standing a little basket full of fruits. I could see it as far as the light allowed it (that was my interpretation). But suddendly the basket began to vanish before my eyes. I didn‘t pay particular attention to it and went on practicing. But how amazed was I, when at the end of the lesson the same girl gave to the Gurus exactly the same basket, which was unmistakable in appearance and contents.

Another time, a pile of pages written with typewriter were hanging in the air in front of a disciple, and the writing shimmered on it. In those days the disciple was writing quite many scripts.

There were cases, too, in which abstract figures or vague, cloudy shapes appeared, sometimes with clearly visible dynamics. Through good concentration and vivid imagination, auric images can even be raised deliberately. "Thought photography" was a fad in parapsychology in the second half of the 20th century. Literature sometimes mentions gifted people with the rare ability to densify complicated auric images up to a point where they can be made visible on photos.

The skills of Ted Serios (1918 – 2006) are well-known. By concentrating on the objective lens of a camera, he could make visible scenes or objects on the photographic film. The scenes or objects were either clairvoyantly seen by him or shown to him on pictures before. Curiously, Serios always had to be drunk to present a successful outcome – it might be supposed that the alcohole was required as a blockade runner to overcome the logical censors – however, Serios proved his abilities again and again under very strict conditions.

Turbulences, motion phenomena and other structures in the human Aura 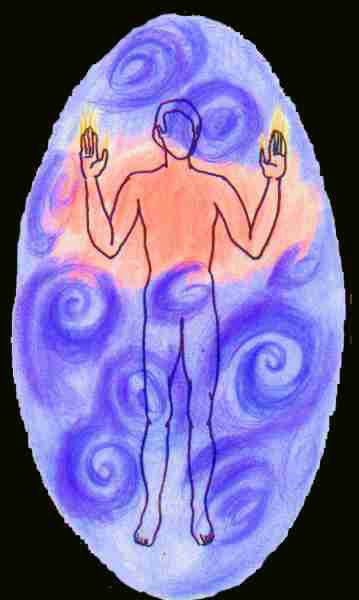 Aura of a praying person (seen by Ananda Ballabene). Auric vortexes gain form and can leave the closer range of the Aura. 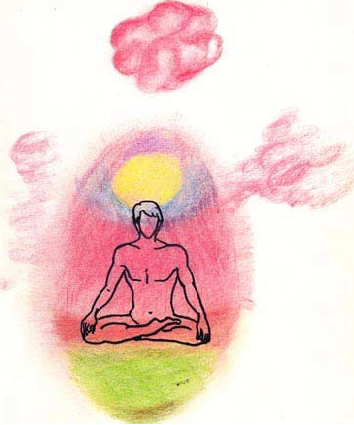 Aura and auric thought forms of a loving Person 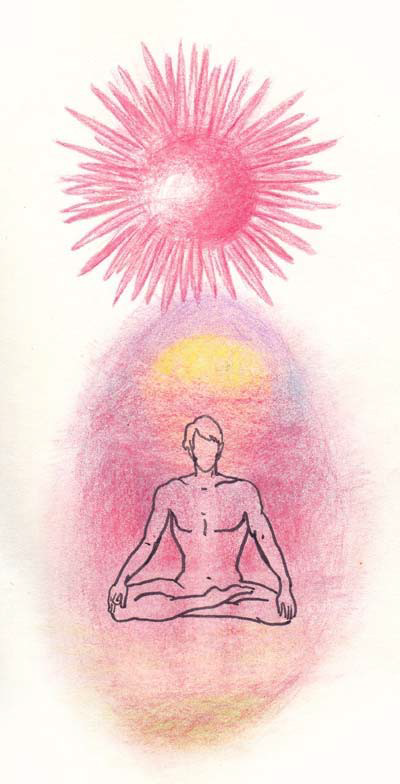 Implied above in the tables 18 and 19 (thought forms after Leadbeater), structures can be seen that take shape when a person wants to grasp an object and the aura is expanding towards this object.

Figure of an auric element, indicating the person is grasping at something 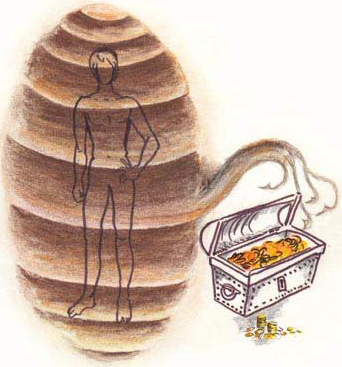 In cases of very strong greed, the intention is not only depicted in the astral aura but also in the etheric. The "grapplers" can be longer then. Such shapes are called "tentacles". Some pictures can be seen below: 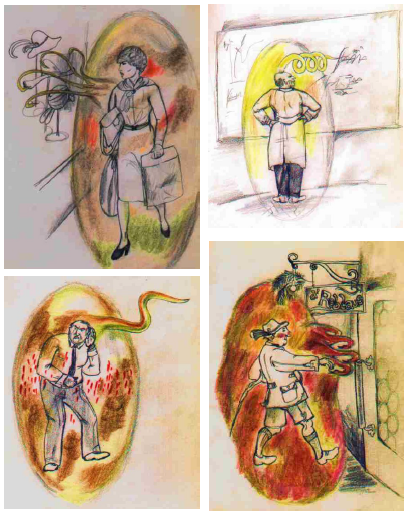 Auras with tentacles; seen by Ananda Ballabene, drawn by Candrapada

As soon as a thought – and the auric vibe that is connected with it – attaches to an object, this part of the aura is isolated from the person and remains with the object, unchanged and for quite a long time. In this way, objects are impregnated by an auric quality. Based on this knowledge, magical impregnations, protections for rooms etc. are performed deliberately and mostly ritually. Just as we leave odour trails, which can be smelled for a long time by animals with keen sense of smell, like dogs – despite different overlapping odors and influence of wind – we leave auric trails in a likewise manner. We cannot perceive them, but transcendent beings are able to do that, for their astral senses are keener than ours. Through the power of thought, these auric trails can be intensified and stabilized.

Mental creations are highly important in the theosophist’s view of the afterworld, for after their teachings there exists an own plane (mental plane) which is made of such images.

In his book "Astral Plane – It’s Scenery, Inhabitants and Phenomena", C. W. Leadbeater writes about the nature of unconsciously formed thought forms. According to his descriptions, a formulated, definite wish or thought instantly shapes subtle matter, moulding it into an independent being. This mental form lasts as long as the power given to the original thought or wish allows it to. The thoughts of many people are indecisive and evanescent, so that thought forms created by them do not last longer than some minutes or maybe hours. However, a powerful wish or an often-repeated wish or thought can give rise to a mental form lasting for days.

These thought-forms seem to have an instinct or tendency to preserve themselves as all living beings do have. People’s thoughts mostly refer to themselves, so that the thought form will stay with them and, in this way, it will provoke a tendency to repeat the thought or wish from which it was created so as to gain power and prolong its own life. Such a thought-form nourished by often-repeated thougths is able to haunt a person for many years, gaining strength and influence, sometimes with very negative effects (C. W. Leadbeater: The Astral Plane – It’s Scenery, Inhabitants and Phenomena. Theosophical Publishing Company, London, 1900, p. 88 et seqq.)

More can be read in Leadbeater’s books, but however, it is obvious that one should learn to handle his thoughts and wishes with responsibility and caution. Here applies the well-known and unrelenting law of "similar attracts similar".