They are still near-earth planes, with the special aspect that serve as a starting point for going on to higher planes. The function of these arrival planes is to ease the people’s memory of earthly hardship through a carefree existence, and to prepare the people for the different features and rules of the world beyond.

Usually, the environment of such a plane has a comforting and soothing effect on the deceased. In many cases there are manors or spitals in a mostly very natural landscape. Spitals and sanatoriums comply with the needs of people who have been ill or very old before and who had to be cared for. The memory of their care dependency is so present that they will feel more comfortable when they are looked after and cared for.

For the most part, the deceased who live there are asleep (adaptation slumber) and passively absorb the aura of their environment. Every now and then they’ll wake up and are responsive then. This adaptation slumber is anything but a waste of time. I suppose that, while asleep, these people are reliving some passages from their former life in their memory, but now from a new point of view. E. g. memories from their youth they’ll see now with all the knowledge, life experience and maturity, and from the perspective that all earthly things are ephemeral – which now has become truth for them and is no longer only a theory. Serene and reconciled, these people will be able then to face a new (astral) future. 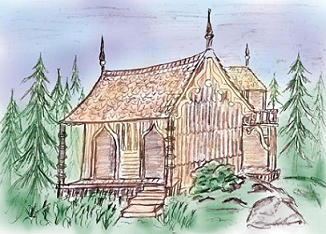 "Often I was allowed to spiritually visit a certain spital, I guess because of the connection to my wife who was assisting there. Actually it is a place for newly arrived ones. Once I registered at the office when arriving. A young woman was there. I thought she would understand me and I quickly said that I had left my body and had come to visit my wife. Obviously she was new, she didn’t understand me but was staring at something above my head. I realised that such visits were unfamiliar to her and that she was looking for my astral band.

I wished to waste no time and so I explained detailedly to her that it was nighttime on earth, that my physical body was asleep and I had come with my spiritual body etc. Still insecure, she said: ‘One moment, please’ and then she vanished into another room. Soon there came another spirit, smiling, who was – as I felt – more advanced, and he understood at once. ‘It is okay’, he said, ‘you can wait in the corridor.’ I went out and soon afterwards my wife came.

They showed me the whole spital, where they were taking care of women who had died young. In the dining room they were just having a meal. The cumulative thoughts of the people present gave me a strange sensation of being hungry. When I stood between the tables I could sense their aura, which still radiated the shock of an accident, or fear, or disease, or anxiety. Some were still surrounded by the smell of ether from the earthly hospitals. Others had red spots on their arms, face and neck, coming from earthly accidents which still were present to the persons through the powers of their thoughts and memories.

No one looked ill, there was a general mirth in the hall, with feelings of vitality and well-being. I felt that this atmosphere was constantly instilled by the advanced leaders of the spital – and this was the required therapy in the present case. When I left the spital, the helpers stood at the entrance of the office and observed me while I was passing them by. For them, I was a curiosity from earth – completely equipped with silver cord!"

"The House of Rest"

"Temporarily I will stay longer where I am now: in a beautiful house of rest, where the newly arriving one will find everything which he needs at the beginning. Rest in every respect, light and warmth are here, and you won’t be able even to imagine how this is experienced.

At first, I do nothing, I just take in the wonderful environment, or I close my eyes and stretch my limbs on a soft chair. I have a lovely, really comfortable room which completely meets my taste. When I step to the open window – the windows are always open and a balsamic perfume is flowing in – I can look at a magnificent park with trim lawns, flowerbeds and areas of bushes; also waterworks are there. People are waving to me, smiling and happy.

Every now and then, they’ll look after us. With this I mean a nurse – to use an earthly term for it. She is taking care of me for the first period. I am happy to have got over and done with my time on earth, and I was able to come through it also thanks to her help – as I know now." 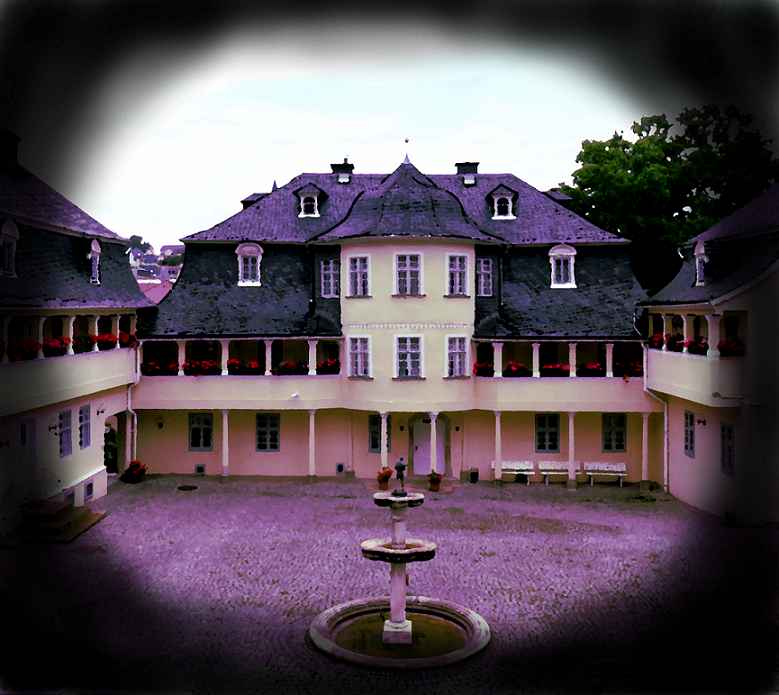