Beyond this world which is visible to us, there exist many other worlds – worlds in the beyond, astral worlds. If you want to go deeper into that matter, your first step should be awe! Be in awe of the greatness and perfection of creation!

is falling over the turmoil of day.

The world of the humans comes to rest

the birds are silent

grasses and twigs merge in shadows

and surreally white flowers are blooming.

the stars are shining

veils of clouds pass through the starry skies

silvered from the light of the glowing moon.

and recognizes its smallness

full of awe, it looks up to the eternity

which silently arches above. 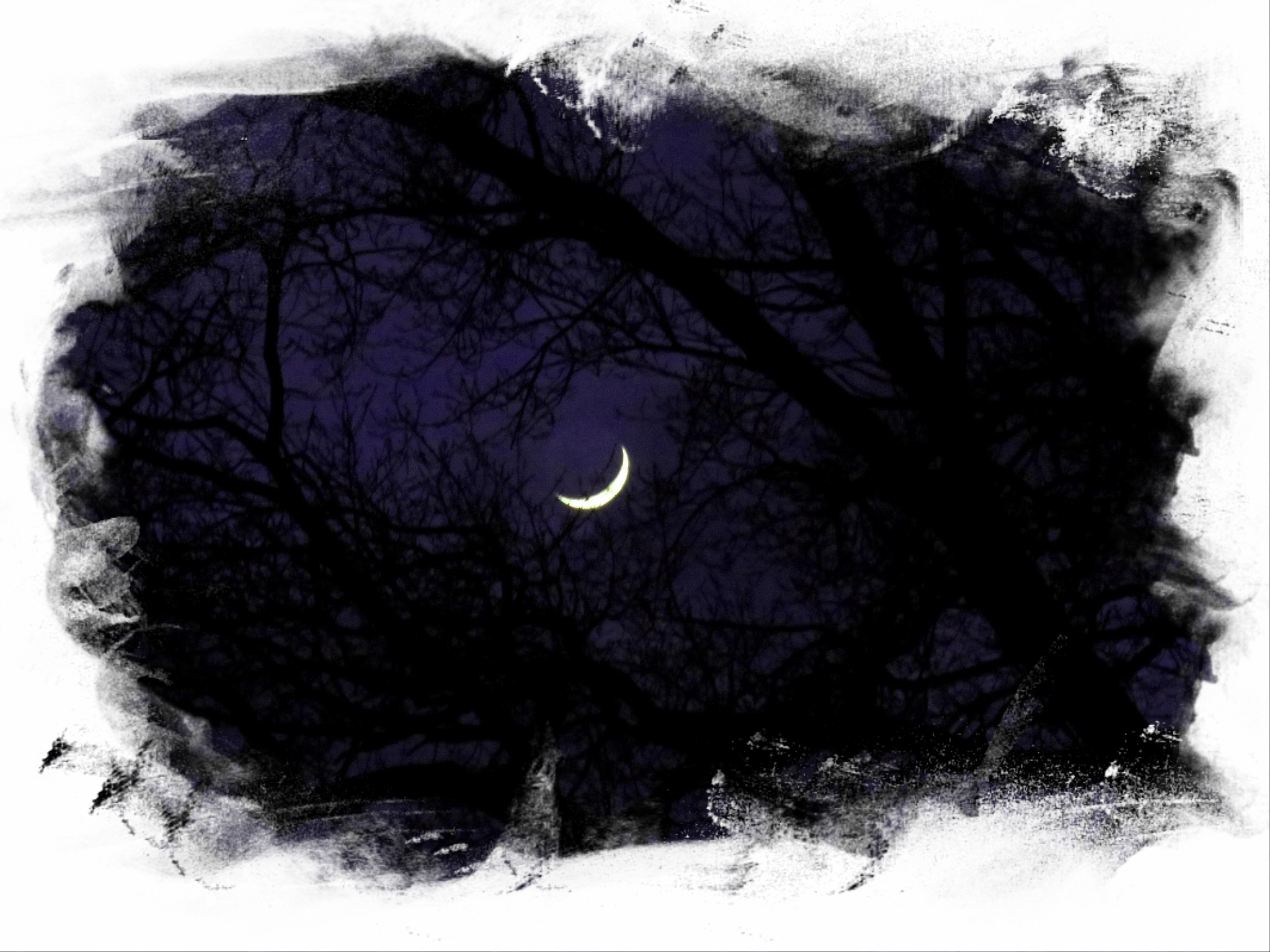 As already mentioned before, in most religious traditions the world beyond is subject to a principle of reward and punishment. This had proved useful to teach people social discipline by means of fear of hell. But such a system of reward and punishment needed a judicial authority to guarantee justice. This required that God intervened in the individual fates of people (only humans were believed to have fate, the rest of nature was only considered as scenery and food supply).

According to more recent ideas that assume a self-organising creation, it is psychic laws that determine life in the beyond. Here, the following rule applies:

About the Stratification of otherworldly planes

After theosophic teachings, the world beyond is divided into several strata. The more these planes or strata are away from the material plane, the subtler they get – that means that they obey less and less to "physical" rules and the higher these planes are, the nearer they get to pure consciousness which is not longer bound to any form or appearance (according to Buddhistic and Tantric teachings, consciousness can exist by itself and does not need a body as carrier).

In the older teachings, these subtle planes can be compared to the structure of an onion – the denser planes are nearer to the material world, while the subtle planes get more and more distant from earth. In other views, the planes are interpenetrating undisturbedly because every plane belongs to another dimension. Only within one plane can be found a ‘vertical’ stratification as in the model explained above.

However, in both views, the otherworldly planes are structured similar to the human auric layers (sheaths, vehicles). The planet can be seen as a big organism with a structure that is analogous to the human subtle structure. 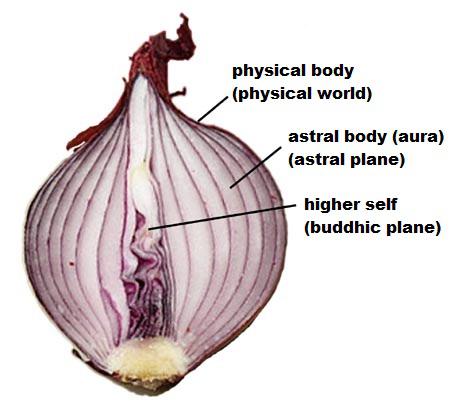 Inner Structure of the Human Being

In many religious teachings of the Orient and the East, the human being is believed to have a scale of ever subtler soul bodies. The most recent theory is the theosophic teaching of the different hulls or sheaths (subtle bodies, vehicles). For better understanding, the model of an onion is used – although these subtle bodies are believed to interpenetrate each other.

So we are structured like an onion. The inner heart is the higher self; the eternal, divine part inside of us. The further away the sheaths are from the higher self ("fallen down"), the more they are characterized by an individual consciousness and separated from the divine core. The material body is the furthest away. The planet earth is imagined to have a similar structure – surrounded by several layers which are called "planes" in this case. 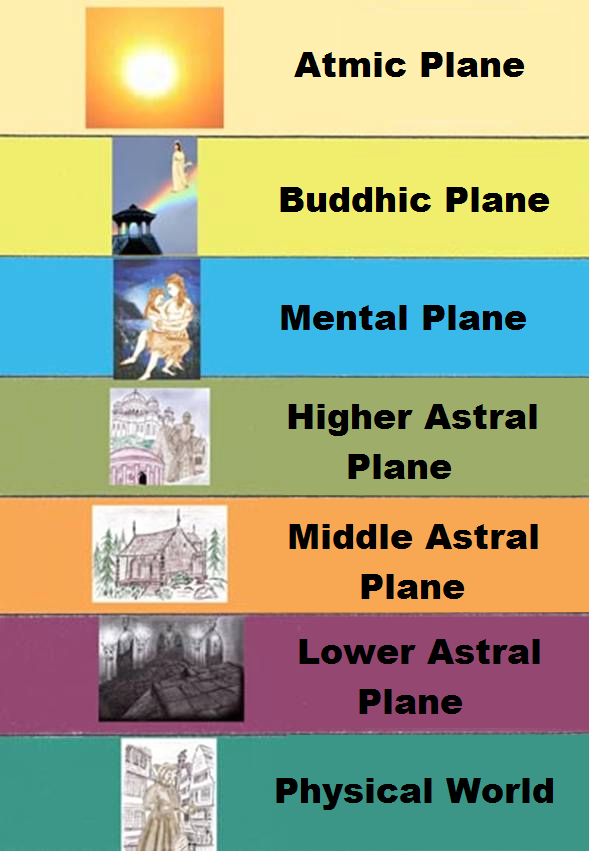 Division of the planes after theosophic teachings

The Question about the Existence of Subtle Matter

After the theosophical view, the whole creation – if material or transcendental – is made of matter. Matter is a product of divine power of thought. The higher the otherworldly planes are, the easier their matter ‘reacts’ to thoughts and emotions and the more their mental-magical origin becomes evident.

In practice, this theory works well to explain astral experiences. Therefore, we often use the term "subtle" because it has proved to be a good working hypothesis.

This hypothesis is based on the idea that – similar to virtual cyberworlds – no material basis is necessary to experience something or to communicate. If we consider telepathy and similar phenomena as a connecting energy/ information, then it would be possible to build ‘platforms’ or ‘stages’ from pure imagination – virtual "places", in which intelligences with similar attitude and auric quality can communicate with each other. This model is also very suited to explain the anthropomorphic appearance of astral worlds. 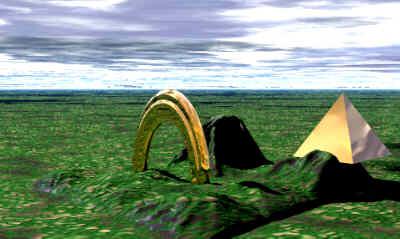 In some few astral travels I had the experience that I perceived my environment in a different way than my companions. These rare observations teached me how subjective the perception of surroundings in the "astral world" can be.

"I strolled along a quiet, broad street. The city was unknown to me, but somehow it seemed familiar. It was beautiful, neat and with houses from the Gründerzeit. If it hadn’t been on hilly terrain, it could have been one of the noble districts of Vienna. The environment was full of a comforting peace. There were no cars or other traffic.

Wandering about, looking at the buildings like a tourist, I came to a bridge and there I found a footpath that led into a carved valley. This pleased me. I went on this way. After about 50 meters, the houses ended and a beautiful natural landscape opened up before me. The slope at the stream bank got steeper, the valley got more carved, and on the other side I could see a green, tree-covered mountainside. In the middle of this nice walk, I woke up.

Having fallen asleep again, I was in exactly the same city, but this time, my deceased mother was by my side. At once, I told her of the footpath I had found, and I led her there. When we came into the valley, I asked my mother if she could see the small village far away on the slope on the opposite side. She was astonished and said no. Now I got attentive, I asked her for some little details that I could see, but she couldn’t perceive these details as well. Then I noticed that my mother seemed to walk on uneven ground. Sometimes she was at about 50 centimeters above the level of the way that I could see, then she was again on normal level. So this went up and down as if she was walking on a rocky path. My mother loved rocks and mountains for all her life. Obviously, the landscape had this character for her, while for me it was everything rounded and even.

‘Yes, beautiful’, my mother replied and she went to the edge so as to marvel at the wonderful landscape – whereat she was standing in the air on a ledge that was not visible to me. I could see a steep slope instead, the rocks and vegetation of which were visible about 5 meters below my mother. My mother was standing still to be able to enjoy the wonderful landscape so that I had a few seconds to look at this strange picture more closely."

These two hypotheses – postulating a subtle or a virtual structure – are neither provable nor logically falsifiable. But this is not a real problem, because both models can be worked with very well in praxis. In both hypotheses, the planes aren’t life-sustaining bases for a body in the sense of food or similar resources – instead, these environments are elements for communication. An imaginary space allows us to perform movement and action in a way that is familiar to us. It gives us the opportunity to express ourselves in the usual way, to gather psychic experiences and to stick to habits we have grown fond of. And to be honest, who would like to be suddendly in a space- and timeless state, the original state of the universe, from one moment to the next? Most people would panic, if they still had an identity then.