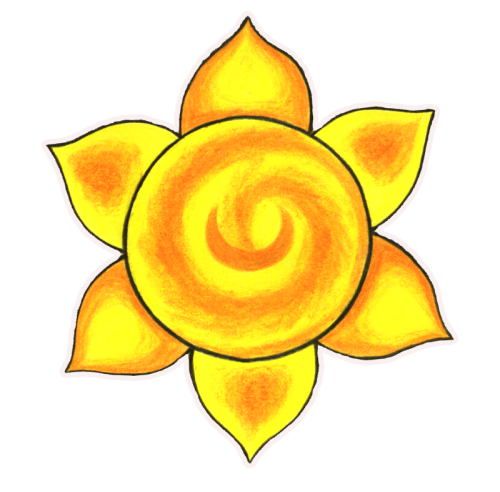 The Svadhisthana (or also Swadhisthana) Chakra, also called Sacral or Sexual Chakra, is the second main chakra and so, following the rainbow colours, it is mostly depicted in orange colour. Its root lies behind the genitals and its funnel opening lies above the genitals. In some descriptions, this chakra is seen as the opposite chakra of the Muladhara Chakra. It is connected to sexuality and to thoughts and emotions linked to sexuality. The Muladhara, on the other hand, is responsible for the bodily aspects of sexuality. According to traditional teachings, the element of the Svadhisthana Chakra is water.

Svadhisthana (2) and Muladhara (1) as opposite chakras 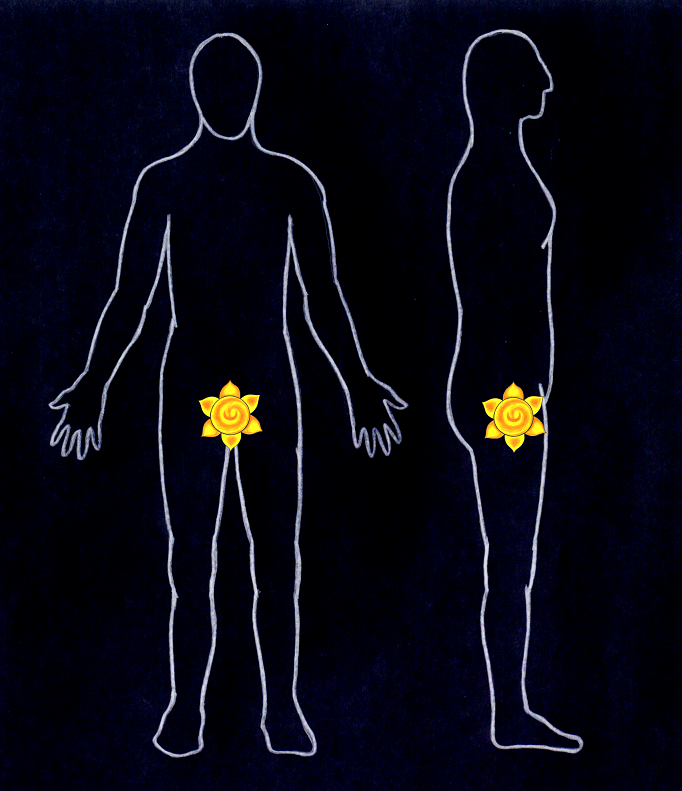 Location of the Svadhisthana Chakra