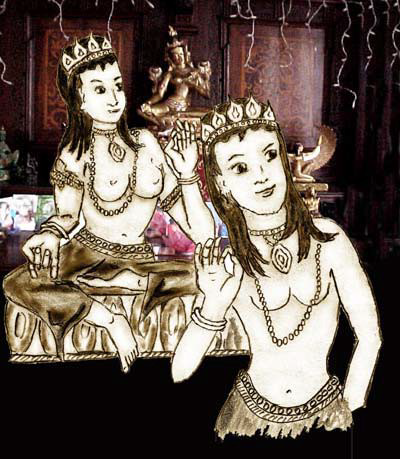 Psychogons are of central importance for parapsychology, religions, magic and mysticism. Most people are unaware of the connections between the different versions of assumptions among themselves, due to the inconsistency in language use in the religious and esoteric scene – which is especially noticeable in the area of research of psychogons. The word “psychogon” as a term for the underlying phenomenon is only known to few. Instead, terms for very specific observations and practices are used frequently. The fact that all these different cases represent one and the same phenomenon in different variations and views is no longer recognized. This leads to a fragmentation of researches, impedes the establishment of fundamental theories and results in unnecessary quarrels.

The following contents outline the different terms and approaches, in an attempt to show the similarities and the basical mechanisms.

The e-book titled “Lilith” deals with the practical implementation of the principle of psychogons, examined from the perspectives of depth psychology, tradition, magic and mysticism. It is a practically orientated completion of the following content.