Principally, the etheric body is an astral body which is wrapped in and impregnated with etheric matter. For this reason the etheric "body" is subject to the same rules that apply to the astral body.

The ability to change the outer appearance deliberately is also known from nature spirits.

"One question … now, the second time, I suddendly found myself in a light, transparent small body. I don’t know how I had got into it, I was about a half meter over my bed, floating slightly and fully there, I mean fully conscious … " 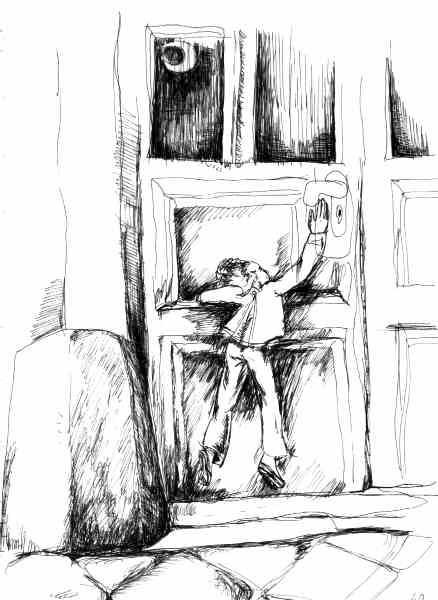 Answer: To interpret this, it is practical to distinguish between etheric and astral OBEs. Many things can only be explained with this difference. According to this, you experienced a seperation of your etheric body, which is much denser than the astral body because it contains vital substance. If there is not enough of this etheric substance taken with the astral body, there are two possibilities: either the appearance is slimmer or it is smaller. I have experienced both. 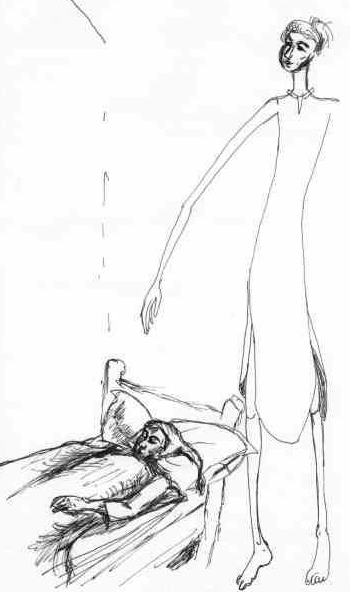 "I stood at my bed and wanted to check out how much the fluidal body could be stretched. Thus, I let my body grow, it wasn’t difficult, until I my head touched the ceiling."

"And now something interesting happened: for some reason I peeled the skin from my hands. I think I wanted to "clean" my hands because of my "dirty" deed before. So, I peeled the skin and with it also the tissue below the skin, and after this I had two glove-like sheaths of skin and tissue before me, about the length of my forearm. But funnily, under my skin that I had pulled away, there was no flesh or bones, but it looked unharmed and exactly like it had looked before. I was surprised about that. So I took the skin-"gloves" again and put them on. I pulled them over my hands – although the gloves did exactly look like my hands – and then I kneaded and formed them until my arms looked like normal again. It was like kneading wax or plasticine.Theoretically, my hands and arms would now have had to be twice as thick because of the "double layer", but everything matched totally naturally. I remember, however, that I had failed to put the left "glove" on perfectly and so my little finger still protruded a bit. But I had no difficulties in repairing that: I simply pushed the little finger and formed it until it looked normal again.

This showed me that it is no problem to form and knead the own fluidal substance of the subtle body and to change its appearance. I think this would also work by mere power of thought and will, but it is also possible in the rather "physical" way as I did it. I experienced again the plasticine-like consistency of the etheric matter."