Chakras are vortices, resembling a plug hole in a bathtub.

Some of my acquaintances and I have observed that energy currents flow from the inside (the central channel) outwards to our body surface. For this there are some main "exit holes" which are called chakras.

Chakras are not only understood as exit holes for energy, but also as switching points for special abilities. All those abilities seem to be based on an interaction between human and environment. In this way, chakras are gateways for communication. According to various modern and Eastern opinions, it seems to be possible to use chakras as gates for astral travelling. Here, a part of our energetic body seems to be sent out. In the initial phase of this process, the energetic body can appear as a sphere which is formed and then sent on a journey. 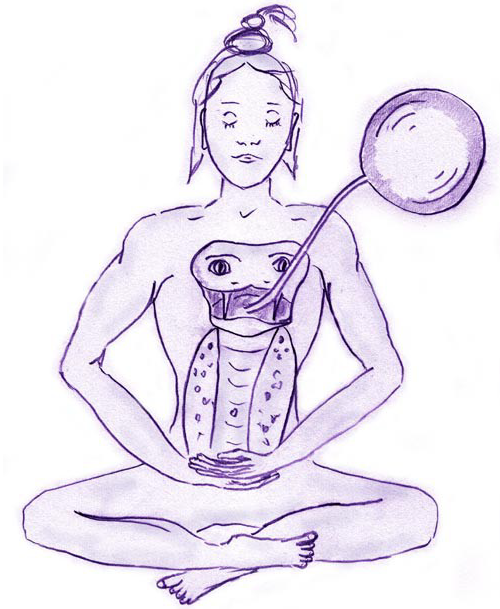 Today Kundalini was nice to me. She made a golden sphere floating out of my Anahata chakra …

Regarding the position of the chakras it is said that the higher the position of a chakra in the energetic body, the subtler and higher its vibe is – and also the vibe of the subtle substances which are flowing through the chakra. It is not clear what is decisive for the vibe – the chakras, the Kundalini or an overall condition (which becomes apparent in the aura).

In conservative literature, the number of petals of the chakras is highly emphasized. According to observations by clairvoyant people, a chakra can have a very different number of spokes (= "petals"). This number depends on the wavelength of the energy – on the surface or inside of the subtle body – which is flowing out of or into the chakra. The dogmatically determined number of petals is due to the fact that these depictions are used as magical and mystical figures, in which mantras (syllables), qualities (solid, liquid, fiery, airy, etheric), deities and other aspects are captured as a so-called yantra. 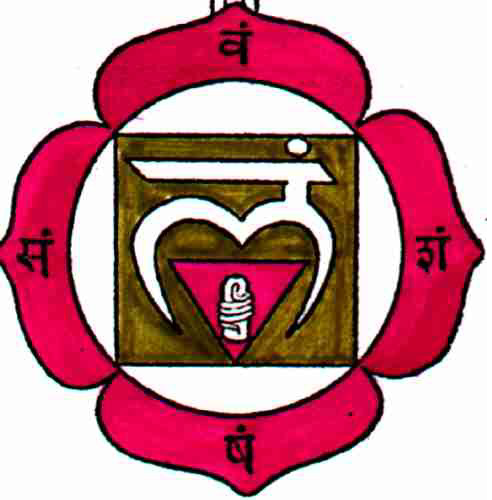